I want there to be that kind of time again. But I’m allowing my already three-real-time-children divided soul to be further divided by three websites I love and can’t stop nurturing (the new one at Transformative Blogging, last year’s addition, Mother, Writer, Mentor, and my first web baby here, Feral Mom). This Mother’s Day I decided to celebrate--hope you'll indulge me--by posting early, and then taking it easy…not rushing to create a new post, but stopping instead to walk back into some of the rooms of the past. Here are ten excerpts with links to the rest of the posts that circle either Mother’s Day or aspects of motherhood from solo parenting to a letter written by my own mother to mom vs. dad styles of parenting. Blessings and love to my own mother. And to mothers everywhere. 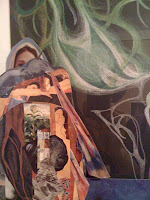 Mother’s Day
The man next to us caring for three kids by himself gave my husband a smug look when I got up to go the bathroom and someone at a neighboring table told my husband, “Hey, you’re supposed to take the kids out and let the wife go do her own thing, like this guy here.”…Read Mother's Day here.


… Now, forty years later, I stand in the electrified field of my own kitchen: raising a daughter. She stomps before me, enraged with me for saying no to an overnight with a family I have only just recently come to know. I could easily spend her childhood lamenting how odd to find her so deeply wrapped around my heart, embedded in my subconscious, how uncomfortable to feel her groping around in there for the edges of her own self, unable to accept the simple yes or no answers my sons tend to accept…Read Mothers and Daughters here. 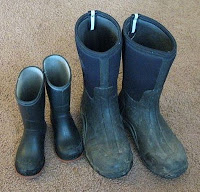 On Sons and Guns


… I still ask how we walked into that farmhouse without picking up on the boy’s charged, residual field of absolute panic. Back then, I had no reference for the burden of sons—what they might or might not do by accident…Read more of Sons and Guns here.


Some Mother: Abalone vs. Coffee
…Saturday morning…and I’ve believed my husband’s line that some other diver plans to meet him to brave the 19-plus swell he’s bent on surviving in order to nab three abalone. Despite a raging desire to meet a friend alone for coffee during this rare window when my husband’s home and thus can cover our brood for me, my mother’s intuition perks up when he says casually, “Of course I’m still diving and I’m sure some mother will watch the kids on shore.”…Read  more of Some Mother: Abalone vs. Coffee here.

In my writing cabin


...a photo of our daughter sits next to the printer. She wears a red velvet dress, holds a peach rose, each petal fringed crimson. She’s leaned against the white marble statue of a hand, so large that the palm’s lifeline curves past her shoulders and she is cupped, the hand extending still three feet above her head…Read more of In My Writing Cabin here. 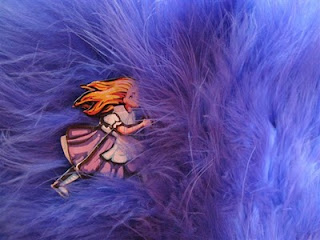 Alice in Flames: Going Back to Work after Ten Years at Home:


…Against the pitch black sky stands a young terrified girl, shaking as I hand her a glass of water and my telephone. I don’t know what happened. All of a sudden I was in the ditch. I make her a cup of tea, wrap a scarf around my neck, follow her out into the cold and dense tree-canopy dark, my Boy Scout son bursting out in front of us, his swiss-army knife flashlight illuminating the gravel, and 100 yards further, her car, one wheel lodged into the right bank…Read more of Alice in Flames here.

Lessons from the Body: Paper Boats, Poison Oak and Kites


… I floated in liquid state, trying to let go and hold fast, to descend but not disappear, to allow but not relent, to release but not evaporate, to ground but not split, to center but not centrifugally, to calm, to cry, on the far side of my husband’s business trip. When he’s gone, we fill the hours, as all solo mothers do, with joy, with sparring, in equal measure…Read more of  Lessons From the Body here.


…I bark the admonition about non-retrievable body parts to my son for the third time as we course in a four-door car over the blue bridge into Coronado, his elbow and hand buffeted by the air current inches from the concrete dividers. I’m thinking about an article I read on the airplane the day before about some kind soul in China employed solely to out-sprint prospective suicides as they scale a bridge probably about this height…Read more of A Summer Solstice Promise here.

I feel mediocre trying to do it all


“Rather than fighting the situation,” (of trying to find uninterrupted writing time), “Ehret says she ‘embraced the aesthetic of interruption,’ as a way of mirroring her reality and honoring the fragmentation common to women’s lives” (Bart Schneider’s 10/22/08 Lit Life column). I embraced her philosophy all of Halloween, putting my thoughts about which poems to send Margie’s Strong Medicine Awards on hold until after the kindergarten celebration—when Grandpa and Grandma would take the three children home for the afternoon…Read more of I feel mediocre here.
Rejection, Rhino Ends, and Rapunzels
There were lots of children in the neighborhood because it was an Irish Catholic town, so just on our small block there were 10 children in our family, six in the Kelly's across the street, five in the Clark's eight in the Jenny's and three in the Keating's. Everyone watched out for everyone else, and everyone knew each other. We lived on the edge of town, with a dairy farm just across the street. The traffic on the street was so slight. I remember falling asleep at night and hearing the whistle of the train in the distance...Read more of Rejection, Rhino Ends, and Rapunzels here. (Excerpt from a letter written by my mother, Mary Doherty).

Happy Mother's Day...and I'd love you to add a link in my comments to your favorite mother's day post that you've either written or come across--share the wealth.

Notecard to a Nursing Mother: It's Never Too Late to Have a Happy Motherhood
I wrote this post last week for Mother, Writer, Mentor. It mentions a timeline of motherhood exercise I hope you'll take me up trying-- take a moment in your journal (ask for a new one!) to celebrate all you've given to your children. Breakfast in bed, flowers, and those precious drawings from the little people are always wonderful... But a little bit of self love goes a long way. Toot your horn in that journal! No one else has to know!
Photograph credits: Photos 1 and 2 (Rose, Butterfly and Collage) are mine, but the boots and Alice are from Robyn Beattie.
Posted by Tania Pryputniewicz at 9:44 AM 4 comments: