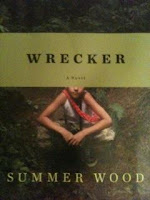 Here it is, summer....and all three children home, the new pup still to train (give up a month of Saturdays?! I know, Jeannette, I'll give in and traipse us to town for an obedience class here shortly, or pay the price for life). So I admit, we've been out at the beach, eating fruit, boogie boarding, watching the pelicans draft off one another, ogling the real surfers.

I've dedicated summer to a submission blitz and to reading the work of the women writers I'll soon get to meet on retreat in August. This latest reading diary looks at Summer Wood's novel about the raising of an abandoned little boy, Wrecker. Check it out over at my She Writes blog:

And if you missed it, a mini reading review of Storm of Terror, A Hebron Mother's Diary by June Leavitt: http://www.shewrites.com/profiles/blogs/aroho-reading-diary-2-storm-of
Posted by Tania Pryputniewicz at 6:13 PM No comments: 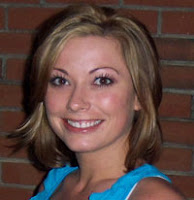 Lured by the title of this blog (Feral Mom, Feral Writer), Alexis Bonari contacted me about writing a guest post. Enjoy her glance at the often underestimated role graphic novels can play in fostering a love for the written word.

My school library didn’t have graphic novels. To my knowledge, they still don’t, which is a shame.

I’ve never had difficulty getting into a written story with the exception of The Catcher in the Rye, which after finishing I threw across the room, screaming, “I wasted an afternoon for that?” After spending my grade school years in advanced learning courses, I had it in my bloated head that anyone who wasn’t a good reader or a writer just wasn’t a good student. Truth be told, as far upturned as my nose was back then I’m surprised I had friends.

Then, I met Robert. Robert is my significant other’s little brother. At the time of our meeting, he was 16 years old and diagnosed from an early age with a learning disability. He’s a talented artist (and Xbox aficionado) but he hated reading and his school grades repeatedly showed it.

The idea of reading being repulsive to someone was unfathomable for me. So, for the next several years I attempted to push him into a shape he wasn’t made for by presenting him with the latest publications in fast fiction (fail), speculative fiction (fail), fantasy (fail), and gritty nonfiction (super fail). He never got back to me about any of them and I found the books stuffed—spines unwrinkled and pages unturned—beneath his bed when I recently helped the family move to another house.

Revelation
My first foray into illustrated literature was with DC Comic’s Vertigo Fables, Bill Willingham’s adaptation of fairy tale characters like Snow White and Pinocchio trying to survive in modern day New York. It wasn’t until I was several trades into the series that I threw one of them across the room (bad habit, I know), realizing I had the perfect birthday present for Robert and infuriated it had taken me so long to figure it out.

Several weeks later, Robert confessed to me that Volume 1 of The Sandman (by legendary Neil Gaiman) was the first of my gifts he had finished reading. In fact, he had already bought the next several volumes and was newly engrossed in other graphic novels. Some of his more recent favorites include Fist Stick Knife Gun: A Personal History of Violence in America by Geoffrey Canada and The Odyssey by Gareth Hinds, which are actually on the American Library Association’s 2011 Great Graphic Novels for Teens list.

It would be a shame to let children and teens become victims of book snobs (yours truly) and miss out stories, no matter the medium. Reading overstuffed paragraphs and chapters by the likes of Nathaniel Hawthorne and Charles Dickens admittedly isn’t for everyone, but stories are.
Alexis Bonari is a freelance writer and researcher for College Scholarships, where recently she’s been researching softball scholarship programs as well as Mercedes Benz scholarships. In her spare time, she enjoys square-foot gardening, swimming, and avoiding her laptop.
Posted by Tania Pryputniewicz at 4:18 PM 1 comment: