Nefertiti, Swimming to Antarctica, and The Creative Work Fund 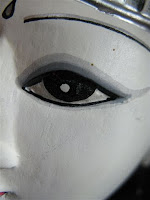 I am pleased to announce Nefertiti on the Astral, my latest photo poem montage with the photography of Robyn Beattie and my father Stephen Pryputniewicz on the piano (playing us a bit of Bartok as the backdrop), is forthcoming from Prairie Wolf Press in March of 2011. I’ll post the link once it goes live.

In the meantime, we are busy at work on the next photo poem montage, Amelia; Robyn’s keen eye and art radius means we’ve snuck a Monty Monty plane sculpture with its lovely chocolate bronze tones, and a second shot of its shadow, into the series of frames. Despite my own tighter orbit at home raising the children, where dinner and Boyscouts and ballet keep gallery openings at a distance, I’m blessed to have Robyn’s steady flow of images from near and far flowing into my home.

Winter mornings here mean the plume of smoke from the wood burning stove, and maybe a little more propensity, with the lack of sun, to battle emotional vortices. I just finished Swimming to Antarctica: Tales of a Long-Distance Swimmer by Lynne Cox. I envy her physical challenges: the ocean’s cold, whirlpools, weather, sharks, channels, strangers, all external tangibles she perseveres through to swim across each new stretch of water she set as a goal for herself.

I have deep respect for the way Cox was able to braid her life’s dream, so young, into later humanitarian goals that involved putting a personal, human face on the United States at a time when there was fear and tension between the US and Russia. Her body was a physical bridge. What a profoundly brave and powerful act, and what a creative way to put her passion into service for the greater good. Of swimming across the English Channel, Cox writes, “At age fifteen I had reached my highest goal in life (p. 94).”

In direct opposition to Lynne, I feel I met one of my life’s nadirs at approximately the same age. I’d prefer my challenges to be hers (physical and tangible)—but they have been internal, spectres of the past. I’ve decided, of late, to turn and face them down by writing a new series of poems looking at that time in my life, with a focus on the hidden gifts in trauma. Because I sense the beauty waiting, available, past a layer of assumptions that need to be put to rest.

I’ve been busy applying, with Robyn, for a Creative Work Fund grant to support this endeavor; this San Francisco based agency is offering grants for the Literary Arts (poets! Spoken word poets! Creative nonfiction writers) and Traditional Arts for lead artists and writers pairing with a non-profit agency to create new work. They support lead artists from 14 of California’s counties.

I learned about The Creative Work Fun two years ago from my sculptor friend Sandy Frank (thank you Sandy—for the fun we had sneaking off to the city and for a fabulous dinner). The preliminary cover letter is due already March 4, 2011, but if you miss this deadline, try the next; they are offering another round of grants as early as this fall in several other categories. See the website for details here: http://www.creativeworkfund.org/. 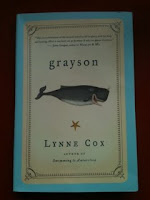 Grayson, also by Lynne Cox, a beautiful story I’m reading to my children about a swimmer, a baby whale, the beauty of the ocean, synchronicity, and the gifts that come when one listens deeply while staying in one’s body despite fear.
Posted by Tania Pryputniewicz at 9:57 AM No comments: