My Daughter's Potato and The Owl 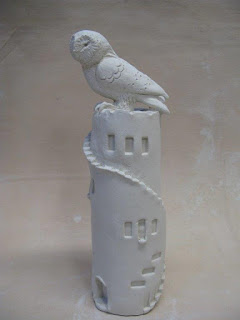 My poem “My Daughter’s Potato” is up at SWWIM (Supporting Women Writers in Miami) thanks to editors Jen Karetnick and Catherine Esposito Prescott. Much gratitude to them for housing a poem that holds one of the many views of motherhood, in which marriage, a guitar, a potato, a son, and a daughter converge.

Last night the potatoes remained safe in the refrigerator; we rummaged for grandpa’s recipe for play dough, taped as it was still to the TOC for the Joy of Cooking (loose of spine). As my three children jostled and joked in the kitchen, kneading drops of food coloring into portions of clay my son would later form into sections for a 3D model of the brain, the older kids tried their latest joke on me, “Someone in the room is possessed by an owl…”

As a poet mom, I rarely get it right. I like the line, so I repeat it back to them, “Someone in the room is possessed by an owl…”

…until the youngest breaks down and says it for me… “Who? Who?” and into the night we descend laughing.

Image at the top of this post is an Owl Tower (unfired) by Robyn Beattie.
Posted by Tania Pryputniewicz at 6:11 PM No comments: