Beauty to Memory: A Micro Reading

Neither the mosquitoes (skimming our arms in droves) nor the chill (brought on by the sun's fair clip at descent) deterred our first tiny recording session. Liz's husband came to the rescue with four yellow rockets of incense (which he tucked in disarray into the perimeter of our wicker table) providing enough cover for us to record our collaboration, "Beauty to Memory" while the feral cats romped in the knee high grass.

Posted by Tania Pryputniewicz at 12:46 PM No comments: 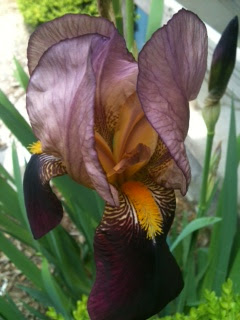 Thinking about finally getting around to launching your blog? Or want to spruce up your existing blog, recalibrate, re-invigorate? We will cast a large net and write fiercely and freely and eventually winnow down to crafted posts. Come join a growing group of like-minded women in a supportive, dynamic on-line classroom setting (offered through Story Circle Network--members and non-members welcome). Starts next Monday, May 14, 2012. Visit here for course description and testimonials: Transformative Blogging.
Posted by Tania Pryputniewicz at 11:09 AM No comments:

Strange Attractors: Absence of Presence and A Choice of Wings live at Perhaps Maybe 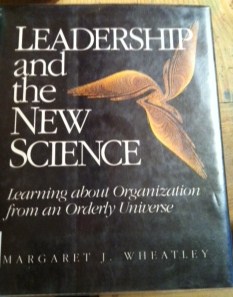 I mentioned last post my writing companion Liz Brennan and I decided to collaborate, using her mobius strip format, call and response, each of us positing a “perhaps” stanza and each of us answering with a “maybe” stanza. Here are another set of prose poetry collaborations (parked on Liz's blog):

1) Absence of Presence: Perhaps it is the absence of presence that leads us to question the coin….

2) A Choice of Wings: Perhaps chivalry, hive and liver belong in the same vase on a fur-lined mantle.

And I can’t help but invite you down this rabbit hole, come with me…

In the poem, “A Choice of Wings” the phrase “three-winged birds with indigo feet” found its way to the page. Liz, large of heart and granting me far more intentional acuity than was present, looked up “three winged birds” and here’s what she found: a woman run company using an image of three wings, bearing a link to an interview with author Margaret Wheatley, which lead Liz to find, and hand me, Leadership and the New Science: Learning about Organization from an Orderly Universe.

The three wings appear on the cover, reminiscent of Ariadne’s thread, the nested string (all one?) coheres as a shape to the mind’s eye, though with space between each layer (solid when viewed from a distance like Saturn’s rings). Wheatley writes about this three-winged image in the context of positive restructuring of organizational process (business, institutions, etc., in Leadership and the New Science) via messy (but ultimately productive) collaborative processes in which each member of the organization brings their skills to the table.

A few lines from the paragraph of text beneath the image inside the book read, “Three-Winged Bird: A chaotic Strange Attractor: This image records the journey of a system in chaos…Chaotic strange attractors reveal the order inherent in chaotic systems, order that is only visible over time and history—" Mario Markus and Benno Hess, Max-Planck Institute, Dortmund, Germany.

Could we stop there? Of course  not…so Liz generously placed additionally into my hands, a second book (written by Wheatley and Myron Keller-Rogers) titled a simpler way. The book opens with images of light and dark, shadow and sun, outlines of children cartwheeling on the ocean shore, the zig and zag of a thicket of zebras from an aerie’s eye view, the close up of the tines of the underside of a mushroom.

Prose follows, though I’d argue the book is more like a prose poem. Wheatley and Keller-Rogers marry image with idea, positing that we might have ’s assumptions backwards, that we in fact live in a world that supports surivival of the widest diversity, not survival of the fittest after all. Doesn’t that drop your shoulders down away from your neck? No need to strive. Just be. True? My body says, yes, yes and yes.

Posted by Tania Pryputniewicz at 1:34 PM No comments: