Writers and Lovers Cafe and a December Book Giveaway Offer 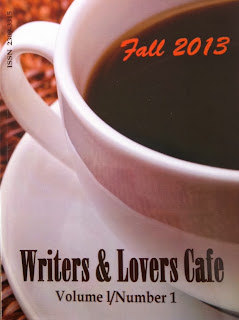 Writers and Lovers Café arrived in my mailbox all the way from Taiwan, full of haiku, haiga, senryu, haibun, tanka, and tanka classics (edited by Tad Wojnicki--I wrote about his work earlier in Lemonade Stands and Writers and Lovers Café). In this slim and lovely debut volume you’ll find the usual favorite haiku suspects (moons and roses) but you will also find a wilder array of volunteers in the book’s word cloud from Ferraris to fruit, AA to sirloin, Auschwitz to flea markets, garlic to spiders, and castles to children’s handprints.
And it features a haibun by yours truly, Reunion, which attempts to capture the emotional fray of trying to right the disparate needs of a family of five reconciling after three years of weekend marriage. No slender lover pining under cherry blossoms—think peevish wife and preteen daughter on shore, and loose in the sea: the surfing husband and sons. An entirely different kind of pining. Or pinning. Some kind of defeat and attempted triumph. I have now written a description longer than the haibun, so I'll stop here.


Except to say my husband is singing in the shower..Yes, honey, I wrote this one about you. As I've mentioned on this blog before, whenever I get a poem rejection, he's famous for admonishing, "Was it a poem about me?!....No?...So write one about me and I promise it'll get taken..." There you go, I concede, more poems in his future. About him. 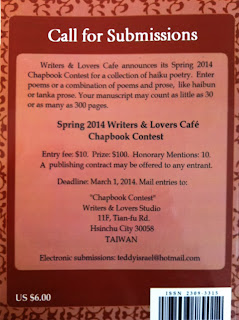 Here’s the back cover of this edition of Lovers and Writers Cafe listing an upcoming call for submissions just in case you have taken up a haiku challenge--for instance there’s a wildish group of AROHO women committing to writing a haiku a day starting in January; if you join me in that challenge,  by Tad’s haiku deadline here of March 1, 2014, you should have at last 60 new haiku. And what better thing to do with a series of haiku than to submit them to someone who will actually read and cherish them?


Additional Notes:
This edition runs $6 a copy plus $4 for international shipping; here’s the link should you wish to give Writers and Lovers Café to the haiku fanatic in your life. There you'll also find submission guidelines in a larger font.


Another amazing site celebrating these forms and more with beautiful galleries and video collage, with thanks to Liz Brennan for pointing me to their site: 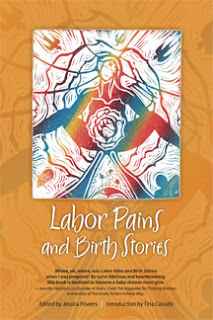 I am teaching Poetry of Motherhood online starting January 6-January 31, cost is $125; in an attempt to entice you to register, I promise to send a copy of the anthology, Labor Pains and Birth Stories (Catalyst Book Press, 2009, ed. Jessica Powers) to the first two students who enroll (an $18 value). The anthology features an Introduction by Tina Cassidy, Afterword by Jessica Powers, essays by Ariel Gore, Amy Parker, Ann Angel, Ashini J. Desai, yours truly, and 24 more writing mothers.

The cover art features a block-print I drew, carved, and rolled out three weeks before my first child was born...you'll notice the ecstatic depiction of the mother despite crowning child...a giveaway of another nature that I had no reference yet for the serious work of labor. On the other hand, it rightly intuits the absolute joy of holding one's infant for the first time.

I hope to have the chance to work with you in January. Writers of all genres welcome as we use Fertile Source poems for inspiration but the form our writing takes varies by writer.

Posted by Tania Pryputniewicz at 11:53 AM

Oh what tantalizing offers! I am stopping myself from registering for poetry in January. I am exercising my muscle of self-care from over committing, but nonetheless, I wanted to say hi and congratulations! xo S

Oh, thank you Suzi, for the support and for the near-miss...I know we will play in other ways! Looking forward to it!

Hello 'Tania ...from Jeannette now back in Sebastopol...it has been busy from moving and then some primal demands of health...but I have remembered that you had been kindly poking around my words and left me comments and am grateful and send you best wishes ! I think ou usuallly check write purpose but maybe would like the seven years by the sea on breadonthewater...i know you know about moving.

Jeannette, always a pleasure to connect...I will visit your other blog too; yes, moving demands so much. Sending blessings for a good transition and best of health as soon as possible.

Oh how wonderful that you too will be committing to a month of writing haiku! :) In our mindful writing group over on Story Circle Network we too are planning to engage with the same for the month of January.
The journal sounds lovely, I shall certainly check it out. :) As for your online class - what can I say except that I wish.....someday... :)Enjoy! You are such a lovely teacher I am certain everyone, including yourself, will have a great experience.

Edith, think of all those minds working together at once on haiku...I love it! And we committed to a full 365 days, though we shall see if I can sustain it. Thanks for the kind words here, love living on the net with you.

Edith, good question...you know what? I'll ask them. I think there was talk of posting the haiku to facebook; are we connected there yet? We could start there for now, you and I for sure.