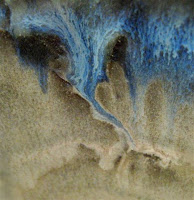 I think all of us need to be some kind of starfish to survive—have to be able to put our insides out and vice versa in order to keep our balance in the world…Eileen Myles, from "Survival of a Starfish"

The phrase “Women’s Spiritual Archives” floated through my head about two months ago one morning when I woke up, left over from the prior night’s dreamscape I could no longer haul up into memory. It continues to linger, for good reason, for while I am busy posing as the mother of three children, dutiful daughter-in-law, law-abiding citizen, PR person for my son’s Boyscout troop, aspiring poet, loving, faithful wife to Neptune- crazed cross-country coach by day/fitness instructor by night husband, etc, I’m really pretty much an astral traveler who wakes each morning surprised to have landed in the same body.

Having children means I spend more of my waking hours inhabiting that body, less time tuning in to all the extraneous layers of invisible hoo ha that can really keep a girl from having fun in the present moment.

But, I can’t help it, I’m attracted to the idea of scrolls and legends documenting the soul paths of renegade women warriors, I mean, who wouldn’t want to rummage around in the stacks of the women’s spiritual archive of all time? I suppose you’d have to cross water to get there, you’d arrive at some kind of jewel-studded temple, maybe you’d have auspiciously run into the right totem animal who gave you their tuft of fur, feather, or password…

Or…. Maybe the entrance to the archives would be disguised as Taco Bell and you’d have to go in the back where they dump out all the frying oil and hunt around for the secret door…(birthing kids did that to me--I’m jaded—I concede—our waking world is not in fact, flooded with angels, vestial virgins, and fairies alone). 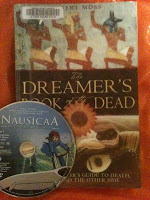 I can easily trace this tangent to the book I’m reading by Robert Moss titled, The Dreamer’s Book of the Dead: A Soul Traveler’s Guide to Death, Dying, and The Other Side, in which he describes leading dream retreatants to a library on the astral. And I’ve had questions of female power on the brain lately—goaded by the trepidation I feel watching my little girl grow towards adolescence.

Remember the movie Heavy Metal? That scene of the young girl who wanders into the fields under the night stars only to be hunted, then overcome, by that menacing green glowing orb of light? I’d say kidnapped--spirited off--into the heart of evil, armed with nothing more than a sword, burgeoning breasts barely contained by her vest, and a pair of blood red boots bordering yards of naked thigh (and a valiant winged companion she rides). I remember watching that movie with mixed terror and fascination, a mythology any of us Earth girls recognize: ordinary girl self vs. the mythic star warrior one wishes to be, though here, depicted through a certain rampant slant of male lens of “woman warrior”…anorexic, busty, gorgeous but lethal, sex and death under one corset.

Around the same time in my adolescence, my brother began to draw; my parents found a drawing tutor for him named Ritchie, a thespian who traveled often with the Renaissance Fair. Ritchie brought humor and levity to our home. He came with a bevy of images for inspiration, including the work of Frazetta, with those muscled half-nude men and women, volcanoes expiring on the planetary horizon tilted beneath the wings of the alien birds the magnificent pairs usually rode. I don't deny the images themselves were compelling, or that the human body should be celebrated.

But as an antidote to the darker images I saw in our culture, like the HM girl, for some years I had a painting up on my wall of a string of vestial virgins gathering flowers on a mountain top, their bodies and radiant faces shrouded in white, an image that shepherded me through some years of soul tiredness when considering the issue of female power and how to proceed. A conversation I continually return to with my closest friends involves the question of imagery—where in our culture, where in myth do we see accurate reflections of what we survive as we try to raise our young, love the partners before us, reach our potential and attend to spiritual longing (with dignity).

A more recent antidote comes in the form of Hayao Miyazaki who has directed such sweet inspiring anime kid films (and I mean kid films in the highest sense--films I love to show my children and happen to enjoy myself) as Kiki’s Delivery Service and My Neighbor Totoro. Mihazaki's Nausicaa of the Valley of the Wind proves to star a girl savior far more palatable and wholesome, voluptuousness present but not blindingly so as in the case of our Heavy Metal girl. Unlike the disturbing, instant, caustic catapulting of the HM girl into full woman/object/ hood, Nausicaa remains unmolested throughout the story, a girl who uses her intuition, compassion, and heart strength to save her people and respect nature without having to strut her bust. Her male companions respect and chaperone her spiritual gifts.

This version of woman warrior-hood is one I don’t mind sharing with my daughter, from ethereal opening scene of Nausicaa observing the falling spores--white as snow--for a long meditative moment to Miyazaki's signature core dream resonances spiralling up out of the plot, supporting a vision of the essential goodness to be found in the pure impulses of childhood and the necessity of remembering one's most innocent roots for their healing potential.

In the absence of healthy role models of female power lurks despair, depression. In the kinship of other women, both living and dead, I’ve found stepping stones to peace. One such kin thinker for me is Helen Luke, who writes in her essay, The Perennial Feminine; “If we are to stop the wreckage caused by the disorientation of women, by their loss of identity under the stresses of the new way, then the numinous meaning of the great challenge they face must break through from the unconscious; for no amount of rational analysis can bring healing. Only so can the images of the masculine and feminine, which have become more and more dangerously mixed in our society, be discriminated once more, so that they may come to a new synthesis in both woman and man.” (p. 13, Kaleidoscope, the Way of Woman and Other Essays).

The “new way” Luke refers to here points to the downside of feminism, how it contributed to some stunting of our power in surprising ways (and causing some destructive, extreme polarization for both men and women). I’d have to quote her essay in entirety to do her justice; I hope you’ll pursue her writings to see what I mean.

In my conversations with my friends, we talk about how to unearth those new ways of being, those new images. Luke, writing near the turn of the century, speaks to the need for myths to constantly be revisited from the reality of each particular time we inhabit.

I hold out hope for the arts--the anime form mentioned above, painting, sculpture, etc, and of course, my first love--writing--to inevitably unearth such imagery--inspired imagery--healing for women as well as men. I came across this tidbit from Eileen Myles Survival of a Starfish (in the anthology Take My Advice: Letters to the Next Generation, James L. Harmon). Myles encourages us, “in our time we have to write those books and pass on this message of the great vast female inside, the mind inside the mysterious female body, the dreaming female consciousness that is trying to wake up; we should pass that message on…We have to get our inside out. And women can take that in. Later on I would like to help men. But women first.” (p. 127). Amen, Myles. (And I hope you’ll read the rest of Myles’ bright, cheeky, splash-of-cold-water-in-the-face essay, which explores, among other topics, the question of who's in charge when beer or masturbation are involved.)

And here's a closing image from Robert Moss, which speaks directly to that astral double of mine I started this whole rumination with. Moss writes, “The sarcophagi of Egypt that have been found empty by archeologists were constructed as incubation and holding chambers for the living (not the dead) bodies of royal star travelers (p.8).” That’ll rewrite some history, inspire a few narratives, a screenplay or two (if it hasn’t already).

Maybe I’m just a star traveler light years from home. Or maybe I’m exactly where I'm supposed to be, just a mother of three children, balsa wood gliders now pinging off my cabin door signalling the end of my writing day. Here they are: my girl and her brothers, flouncing across the threshold, wrestling across my futon, spiraling to the floor in beautiful disarray the 90 poems I’ve given up on ordering for now.

Tonight, it’s back to the dream-lab, only this time I’ll try to get the shutter reflex going on my third eye so I can draw you a map to those girly archives I can’t get out of my brain.

Another excellent post, Tania, thank you. I envy you your dreams and will have to check out your link. I rarely dream. Then again, more and more, I rarely sleep!
Writing, all art, is indeed getting our inside out. Love that.

Loved this entry too! You write so well with such passion and vivid imagery - a pleasure to read.

When my kids were younger (and even now when sick or depressed) they love/d reading Patricia C. Wrede's "Dealing with Dragon" series - a wonderful book about a princess who is so bored with etiquette lessons and wants to learn latin and magic. She runs away and becomes an apprentice to a mighty Dragon (female too). It is a wonderful book of strong, bright females. I recommend it!

Let me know what you think...

All the best,
Meryl
www.departingthetext.blogspot.com